Meet your Green Party candidates for the December 12th election! We are delighted to announce our three city candidates:

I have been an active member of the Green Party for 12 years. During that time, I have been involved in campaigns to protect local independent shops, preserve our green spaces, support the NHS, tackle air pollution and improve public transport. I believe that putting the environment at the heart of political decision-making will create a healthier, happier and fairer society.

I want to see us planting far more trees across Leicester and the whole country. Trees increase wellbeing, clean the air and provide food. We need to start taking positive action to tackle climate change and that will also make our cities more liveable. eMail:  mags@leicestergreenparty.org.uk

I joined the Green Party after the EU referendum, when it became clear that the government had been deliberately creating divisions between people. We cannot solve our environmental problems unless we work together. I have been very involved in the national campaign against fracking. The recent moratorium shows the government have finally realised that taking action on climate change is a vote-winner.

Now we need to elect different leaders, who will permanently ban the extraction of fossil fuels and invest in clean energy. I am a teacher and I have recently qualified as a UN Climate Change teacher. We need to improve environmental education in every school and give young people the knowledge to choose a different future. eMail:  melanie@leicestergreenparty.org.uk 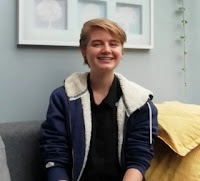 I am studying for my A levels and I am one of the leaders of the student climate strikes movement in Leicester. Young people are becoming more political but they do not have the political representation to match that. I want to amplify the voices of young people in parliament.

The voting age should be reduced to 16 so that people can have a say on issues like the climate crisis and social justice that will affect them. I joined the Green Party because it is the party which has most consistently stood up for the protection of our environment and a sustainable future.